The Ministerial Association was formed by action of the General Conference Session, May 26, 1922, with a charter to collect information relating to the work and problems of ministers, to form a medium for sharing this information, and to encourage young men who were training for the ministry. It was organised as an association, rather than a department, because it serves ministers at every level of the church organisation, including those who minister in other departments.

A. G. Daniells, who had been General Conference President for 21 years, was chosen as the first Ministerial Secretary. The newborn Ministerial Association enthusiastically gave first priority to the minister’s personal faith in Christ. Daniells began his Ministerial Association work by holding ministerial institutes on righteousness by faith, traveling extensively from 1923 to 1925 throughout the Southwest, West, and Northwest regions of the United States. Because he had been serving in New Zealand, Daniells had not been present at the 1888 General Conference Session in Minneapolis, where righteousness by faith was emphasized. As he now studied the subject, he came across an article written by Ellen White shortly before the 1888 conference. The article began, “A revival of true godliness among us is the greatest and most urgent of all our needs. To seek this should be our first work” (Review and Herald, March 22, 1887). The same article later asked a penetrating question: “Will you shut out the blessed Saviour, because you are unprepared for His presence?”

Daniells insisted he could not allow this to happen in his own life. Studying the 1888 issues long and intensely, he gradually felt himself being drawn closer than ever to his Lord. Righteousness by faith became for him a glorious reality and a personal experience with Jesus Christ.

By 1926 he had prepared a compilation from the writings of Ellen White entitled Christ Our Righteousness—the Ministerial Association’s first book— which became the textbook for institutes held around the world. Revival followed in the wake of these meetings. Individuals such as L. E. Froom, Meade MacGuire, Taylor Bunch, and Carlyle B. Haynes caught Daniells’ spirit of revival, accepted his emphasis on righteousness by faith, and multiplied his success through their own ministries.

Speaking of an intimate relationship with Jesus, Daniells wrote to L. E. Froom in 1927, “For forty long years the Lord has been trying to lead us into that Pentecostal experience to fit us for efficiency in evangelism, but we have fallen into one trap after another and so defeated the Lord’s purpose. Institutionalism, administrationism, financialism, foreign-missionism — these, one after another, have gripped us so hard that we have never gotten the baptism, the most important issue of all.”

In 1922, Daniells had been invited to continue administrative duties parttime as a field secretary for the General Conference, along with his new assignment as Secretary of the Ministerial Association. In 1926 he gave up the administrative post because the Association needed him full-time. In that same year, L. E. Froom and Meade MacGuire joined him as Associate Secretaries.

By 1927 there was a Ministerial Secretary in every world division.

Since inception, the following individuals have led the General Conference Ministerial Association:

The current Secretary of the General Conference Ministerial Association is Jerry Page, who was elected in 2010.

Pastoral institutes had their limitations. Even with three men from the Ministerial Association, and others recruited to lecture, the world field could not be covered adequately with these events. A method of written communication was needed.

At first, mimeographed bulletins were distributed, which often included messages from the institutes. Workers requested practical advice and successful methods for their particular areas of specialty. Separate subscription lists and bulletins were prepared for pastors, evangelists, singing evangelists, Bible instructors, Bible teachers, chaplains, and so on. Of course, this did not work well, especially when ministers from most areas wanted access to what was being shared in each bulletin.

In January 1928, the Ministerial Association began to publish the monthly magazine Ministry, with the stated purpose of deepening the spiritual life, developing the intellectual strength, and increasing the soul-winning efficiency of Adventist ministers. Since that time other books, publications, study courses, and journals have continued the tradition of providing excellence in resources for pastors.

The 1941 General Conference Session recommended that one of the Ministerial Association team be “an experienced, successful evangelist” and that another be “a qualified, experienced Bible worker.” To answer these needs, R. Allan Anderson and Louise C. Kleuser were called to join the Ministerial staff.

In subsequent years the work of the Ministerial Association expanded to include the coordination of denomination-wide evangelistic programs such as Mission 72, the Thousand Days of Reaping, and Harvest 90. Resources beyond books and magazines—slides, videos, seminar participant handouts, computer-based resources—expanded the field-based continuing education for ministers and enhanced their pastoral skills.

Ministerial and theological education programs received input from both the General Conference Education Department and the Ministerial Association, and implementation of minimum educational requirements for ministry, field-based internships, mentoring of young pastors, and evaluation of effectiveness have been encouraged.

Additional areas have been added to the role of the Ministerial Association, including reaching clergy of other denominations in fellowship and collegiality, nurturing and motivating pastoral spouses as effective partners in team ministry, and training of laity elders, who provide first-contact ministry to local Adventist church members in many countries.

Today, the purpose of the Ministerial Association is well expressed by our mission statement. Our work is to pastor pastors and pastoral families by continuing the emphasis of our original charter; by providing nurture, motivation, training, encouragement, and resources for pastors and pastoral families; and by serving in an advocacy role regarding issues of importance to pastors.

Where possible, such travel itineraries should include events of direct interaction with pastors, pastoral spouses, and local church elders, both to model the concepts being taught to Ministerial Secretaries and to affirm the importance of effective pastoral leadership. Above all, the minister needs as much help today in reviving a personal relationship with Jesus Christ and being a successful soul winner as when the Ministerial Association first began.

In fulfilling these broad objectives, the Ministerial Association focuses on four distinct groups of individuals:

` Pastors of other denominations

Specific areas of emphasis include:

` Fostering collegiality with, nurture of, and advocacy for pastors

` Emphasising encouragement and nurture of pastoral spouses and families

` Expanding interfaith fellowship with clergy of all denominations 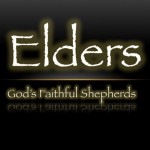 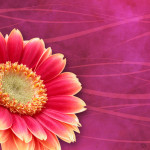 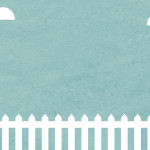 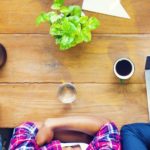 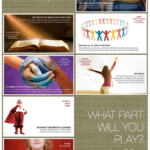 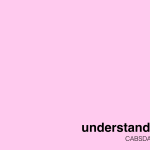 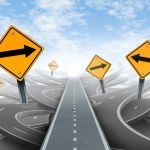